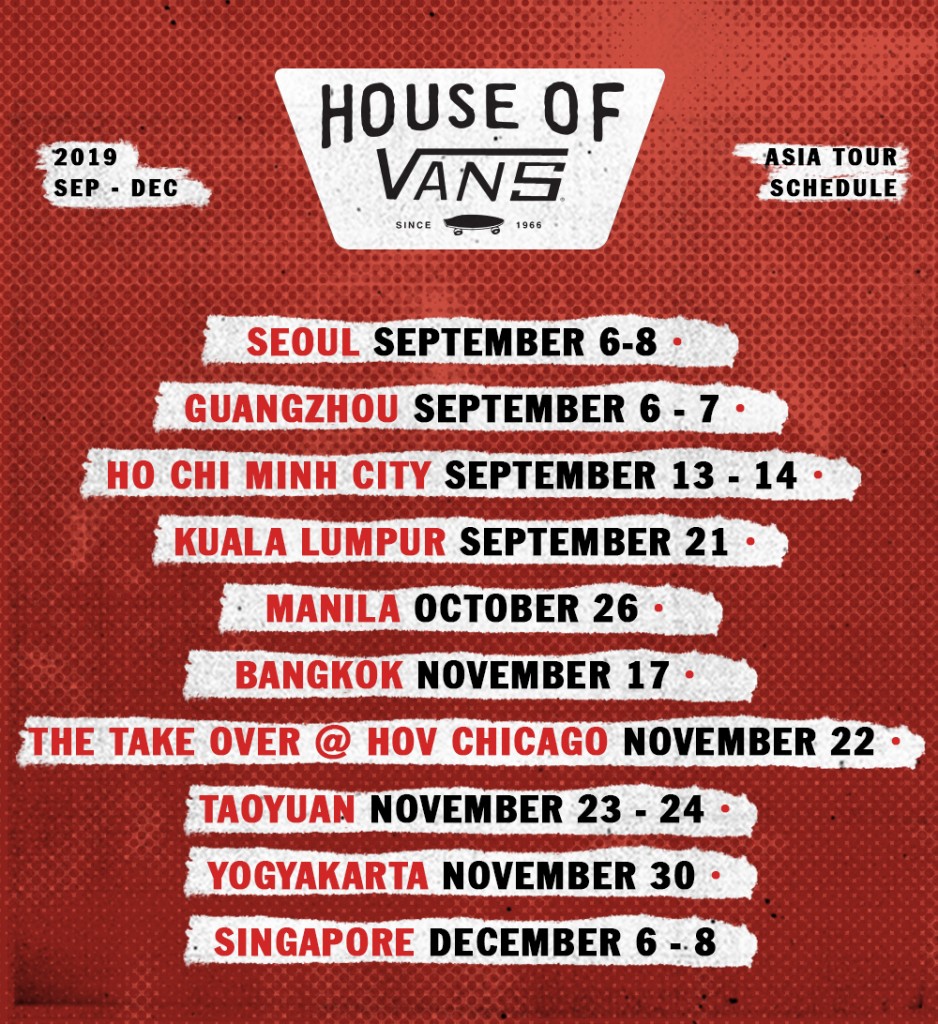 The House of Vans is where “Off the Wall” lives, it is a place where imagination lets loose over skate activations, art installations, workshops and music stages, inspiring every person who runs, rolls or stomps through the door. Extending the footprints of the permanent House of Vans in London, Chicago and Hong Kong, the brand is set to bring the House of Vans experience to Asian cities every year with the culmination of grassroots activations embraced by tens-of-thousands of expressive creators, who are empowered to share their creativity during the three month extravaganza.

The three day House of Vans celebration in Seoul will also feature art workshops conducted by global renowned artist Jay Howell, along with skate games and clinics. Rolling across Asia cities in next three months, the House of Vans Kuala Lumpur will welcome six of the reigning skate shops and their teams from the Vans Shop Riot & DIY Showdown to shred together as they compete with their newly created skate obstacles for Shop Riot Finals. Vans will also bring the market winners of the 2019 Vans Musicians Wanted competition to the final showdown at House of Vans Chicago.
SHARE ON: